What They Are Saying About New Albany 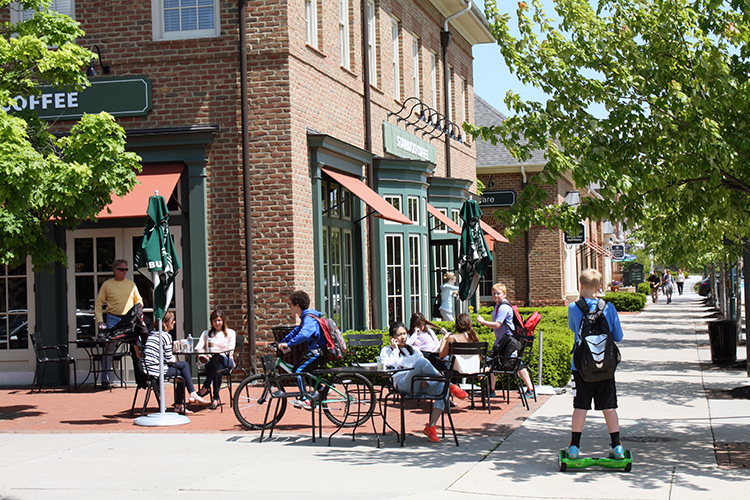 New Albany is a friendly, welcoming community of roughly 11,000 residents. We are committed to creating amenities that foster a strong sense of community based on our founding pillars of lifelong learning, culture and the arts, health and wellness, and the environment. These pillars are evident in our Village Center, where our community assets include the New Albany-Plain Local Schools campus (ranked among the top 3% of all Ohio school districts), Columbus Metropolitan Library – New Albany branch, Philip Heit Center for Healthy New Albany, Jeanne B. McCoy Community Center for the Arts, restaurants and shops, and Rose Run Park, our central park which physically connects all of these assets while adding to the abundance of green space in the core of town. New Albany is also home to one of the largest master-planned commercial office parks in the Midwest.

Please take a moment to browse the categories below to see what the media, professional organizations and more are saying about New Albany! 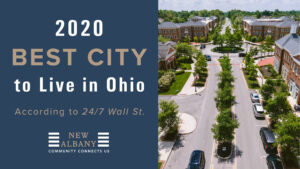 24/7 Wall St. has selected New Albany as Ohio’s 2020 representative on their annual list of Best Cities to Live in Every State.

Stating that New Albany is one of the fastest growing cities in Ohio, USA Today recently ranked the city 25th among “America’s 50 Best Cities to Live.” The national publication also notes that the city is “less than 20 minutes from downtown Columbus and in easy commuting distance to jobs in and around the state capital.” Read more from USA Today.

“New Albany is one of the fastest growing cities in Ohio, and the typical New Albany household earns $203,194 a year, more than triple the median income nationwide of $60,293…a dollar also goes further in the city than it does in much of the rest of the country. Goods and services are 13.4% less expensive in New Albany than they are nationwide.” USA Today/24/7 Wall Street

“New Albany has quietly but decisively emerged as a popular place to do business, anchored by the 5,000-acre New Albany International Business Park.” Columbus CEO

“The results of our annual search for America’s 50 best suburbs are in, and New Albany, Ohio, has claimed the No. 1 spot.” Business Insider

BarBend.com has ranked New Albany #31 in its 2020 list of Ohio’s Top 50 Cities for Fit Lifestyles. New Albany was the only Central Ohio community to crack the top 50. 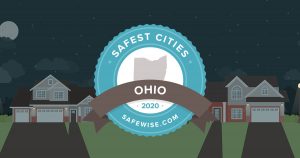 SafeWise has ranked New Albany #18  among the top 20 safest cities in Ohio for 2020. We also topped the list of Central Ohio cities on that list. You can see the rankings and read the full report by clicking here. 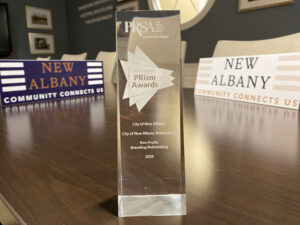 On July 30, 2020, the Central Ohio Chapter of the Public Relations Society of America (PRSA) awarded the City of New Albany a first place PRism Award for our recent rebranding project. The PRSA PRism Awards are designed to honor exceptional public relations activities from a diverse mix of businesses, industries and backgrounds throughout central Ohio. City staff would like to thank our City Council, steering committee, Moorehead Design and Pentella Unlimited for their assistance in developing a successful and award-winning rebranding strategy!

The New Albany Police Department would like to tha

"Life's most persistent and urgent question is: 'W

If you're headed out and about tonight, be sure to take it slow and leave plenty of room between your car and other vehicles.[5:50 PM] With air temperatures lingering around freezing in a number of spots this evening, sunset will allow for surface/ground temps to cool this evening beyond what was the case this afternoon. Any current/residual moisture on untreated surfaces may re-freeze. Take. It. Slow. ... See MoreSee Less

The New Albany Lecture Series is an annual lecture and educational event series, featuring nationally and internationally prominent speakers. Organized by the New Albany Community Foundation since 2014, the series has brought leaders in public affairs, international affairs, health, history and the arts to Central Ohio.Register at newalbanyfoundation.org/programs/the-new-albany-lecture-series. ... See MoreSee Less