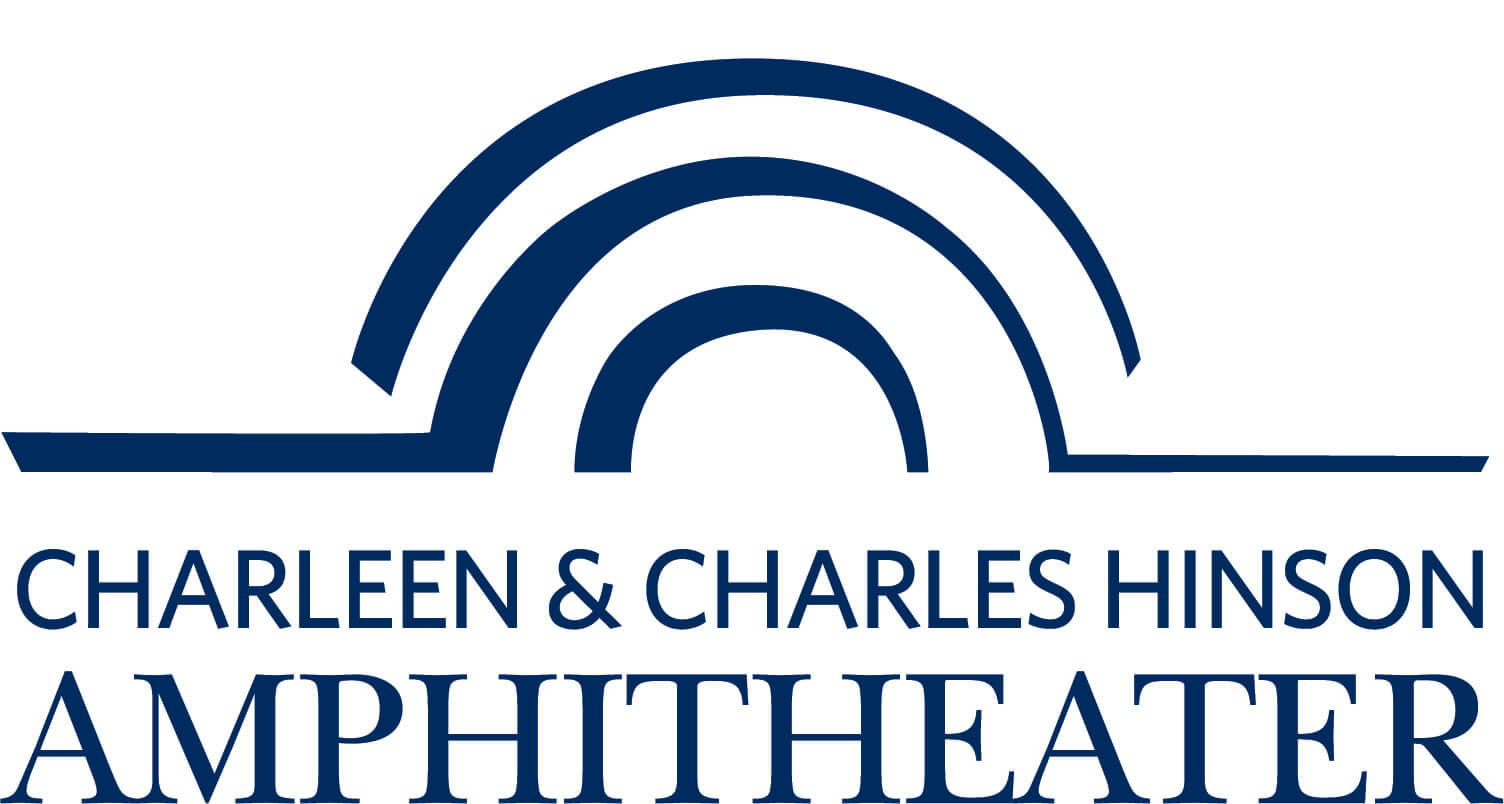 About the Hinson Amphitheater

New Albany planners had envisioned an outdoor amphitheater for more than 20 years. In 2012, The New Albany Community Foundation launched an effort to build the amphitheater in the emerging cultural district in the heart of New Albany’s historic village center, along the Rose Run Park Corridor and near the Market Street district. Located at 170 W. Granville Street, the amphitheater is part of the school campus, next to The Jeanne B. McCoy Community Center for the Arts. The amphitheater follows the same public and private collaboration model as The McCoy, which debuted in 2008 and today hosts hundreds of school and community events each year.

“It is fantastic to now have this venue in the heart of town right next to the McCoy Center, our school campus, library, Rose Run Park, and the Heit Center,” said New Albany Mayor Sloan Spalding. “All of these buildings support our community pillars of lifelong learning, the arts, health and the environment, and this facility will allow us to greatly expand our arts offerings to our residents.” 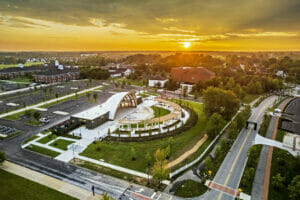 To turn the vision of the amphitheater into a reality, the New Albany Community Foundation benefitted from the generous support and collaboration of many public and private partners. Some of those who went above and beyond to ensure the project’s success include the City of New Albany, in particular City Manager Joe Stefanov and his staff; the New Albany-Plain Local School District led by Superintendent Michael Sawyers; and the Plain Township Fire Department led by Chief Jack Rupp. Andy Walther, a professional engineer and accomplished project manager, donated his time and expertise to serve as the owner’s representative in honor of his late mother, an ardent patron of The McCoy. Architect Todd Mayer skillfully managed the project for DLF, while Project Engineer Jessica Goodin and Project Superintendent Trey Read managed day-to-day construction on behalf of Corna Kokosing.

“New Albany means so much to our family and we are honored to play a small role in bringing this new civic asset to life,” said Charleen Hinson. “We cannot wait to see the creative ways in which the amphitheater will be used, not only for the enjoyment of the performing arts, but also for other gatherings that help forge an even stronger community.” 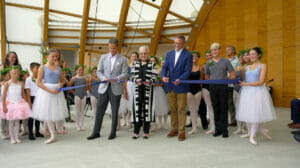 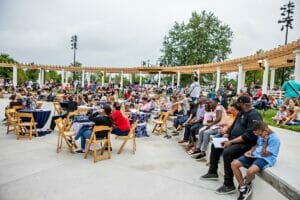 With #BacktoSchool season here, we would like to r

#pelotonia 2022 is in the books! Congrats to all t

What a beautiful morning for @Pelotonia in #NewAlb

Congrats to everyone who participated in #pelotoni

With a new school year about to begin, we would like to remind New Albany residents about the important partnerships that are in place to keep our students and entire learning community safe. Please take a moment to watch this video to see how New Albany-Plain Local Schools , the New Albany Police Department and the Plain Township Fire Department work closely together to ensure the safety of students, staff and visitors on campus. Plain Township Government ... See MoreSee Less